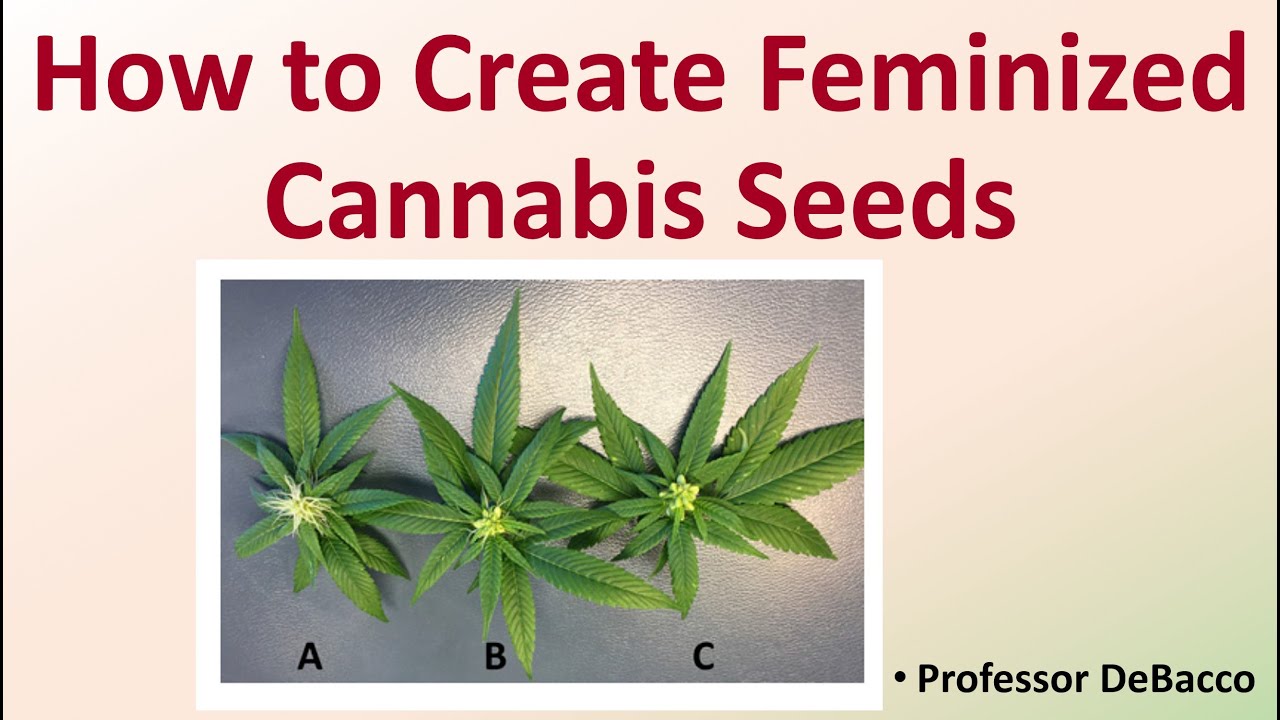 Basics of Creating Feminized Seed
To produce all female seed requires induction of female plants to develop male flowers that produce pollen that will be genetically female.
Female sex chromosomes: XX
Male sex chromosomes: XY
So when a female plant (XX) is induced to form pollen, since there is no “Y” chromosome all of the resulting pollen will be XX (female).
When pollinated with a known female plant (also XX) this will result in the offspring being female (XX).

How To Induce Male Flowers on a Female Plant?
3mM Silver Thiosulfate (STS) applied as a foliar spray (on three occasions 7 days apart) to produce male flowers
The 3mM STS treatment was shown on four strains of female hemp (having a THC concentration of ≤0.3%), designated CBD hemp A, CBD hemp B, CBD hemp C, and industrial hemp.

Study Specifics (Materials and Methods)
Rooted cuttings were about 6 inches high with two shoots when foliar sprays of STS were initiated.
Silver thiosulfate solutions (0.3 and 3 mM) were prepared by mixing silver nitrate with STS in a molar ratio of 1:4, per Cameron and Reid (1981).
*See end of slide show for exact preparation steps of 3 mM Silver thiosulfate solution
Plants were sprayed to runoff (about 20 mL/plant) on three occasions, 7 days apart, beginning on 30 Apr. 2018 for the first replication and on 14 May 2018 for the second replication of this study.
Control plants received sprays of water only.
On 30 Apr. and 14 May, plants began receiving short-day conditions of about 8 h using a blackout curtain to initiate the flowering stage.

Reduced Pollen Production
Male flowers that developed on genetically female plants produced pollen.
However, the pollen did not appear to be as plentiful or freely released as observed on true genetically male plants.
The pollen did produce seed, which was harvested, germinated, and exposed to short-day conditions.
The resulting plants were confirmed to be female.

Possible Explanation for Mode of Action of STS
Ethylene blocking by STS is likely responsible for the production of male flowers on female hemp plants in our study. It is generally believed that ethylene blocking is extended when a series of sprays of STS is used compared with a single spray of STS (Reid et al., 1980).

It may be possible to induce male flowers on genetically female hemp using other ethylene perception inhibiting chemicals such as 1- methylcyclopropene.

Conclusion
This study demonstrates that male flowers can be produced easily and consistently on female plants through application of foliar sprays of STS under short-day conditions.
Overall, STS at 3 mM was the most effective treatment for producing the greatest number of male flowers on female hemp plants.
we did not observe any plant phytotoxicity or delay in flower development.
Furthermore, we were able to achieve 95% to 100% conversion to male flowers for all hemp strains.

*Due to the description character limit the full work cited for “How to Create Feminized Cannabis Seeds” can be viewed at… https://drive.google.com/file/d/1PeUlymPM8Unej4v3F6ZTbJrNAaYdOfT2/view?usp=sharing