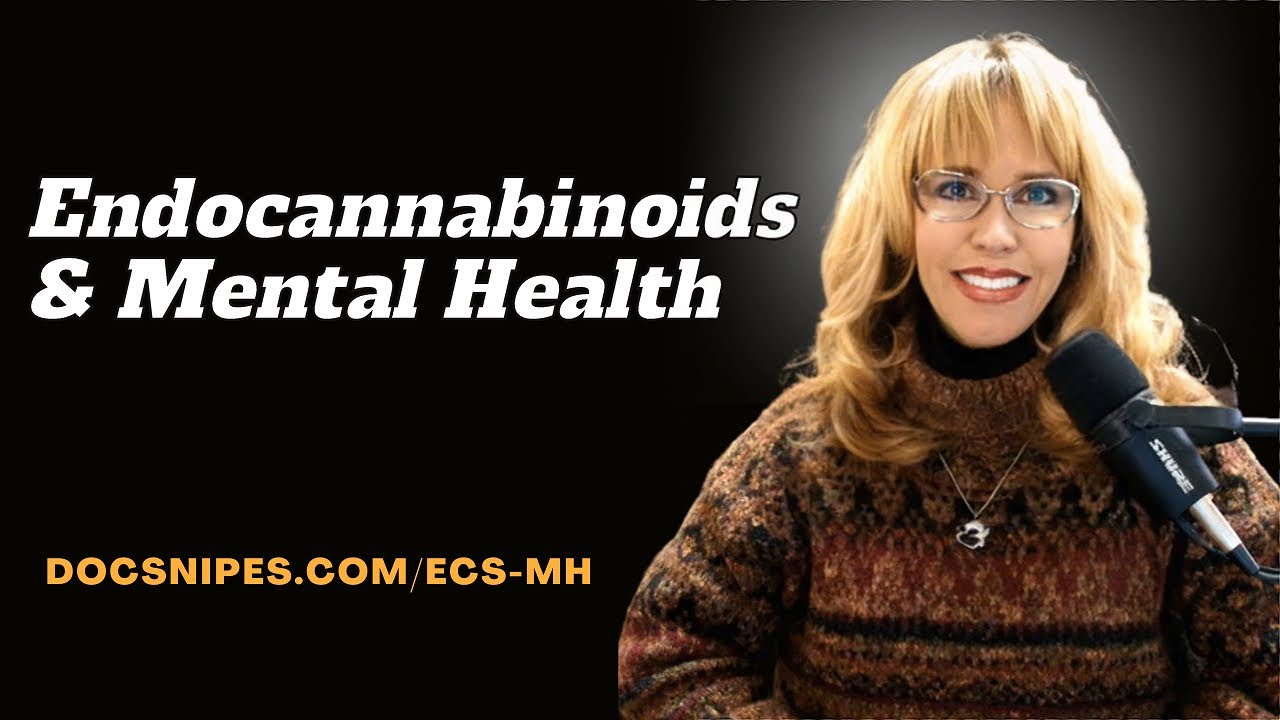 Want to chat with me? Join me at https://members.docsnipes.com/ For $10/month you get access to my daily tips for health and wellness and you can text chat with me privately.

Intro
~ The eCB system targets both monoamines and the HPA axis, which is also dysregulated during stress-induced psychiatric disorders
~ Hyperactivity of endocannabinoid signaling contributes to excessive intake and storage of high-calorie foods, while endocannabinoid hypoactivity is a risk factor for the development of depression, anxiety and post-traumatic stress disorder
~ The ECS is comprised of endogenous cannabinoids (endocannabinoids), cannabinoid receptors, and the enzymes responsible for the synthesis and degradation of endocannabinoids
~ Endogenous cannabinoids are endogenous lipids that engage cannabinoid receptors
~ The first discovered and best-characterized endocannabinoids are anandamide (arachidonoyl ethanolamide) and 2-arachidonoyl glycerol (2-AG)
~ Both 2 AG and anandamide are agonists for CB1 and CB2 receptors
~ In systems with low receptor expression, anandamide can antagonize the effects of more efficacious agonists
~ On demand, endocannabinoids are liberated in and released into the extracellular space. This contrasts with classical neurotransmitters that are synthesized ahead of time and stored in synaptic vesicles
~ CB1 receptors are abundant in the central nervous system (CNS), particularly in cortex, basal ganglia, hippocampus, and cerebellum
~ CB2 receptors are expressed at much lower levels in the CNS
~ Physical exercise mobilizes endocannabinoids, which could contribute to refilling of energy stores and also to the analgesic and mood-elevating effects of exercise.
~ A second important role for endocannabinoid signaling is to restore homeostasis following stress

ECS and Neurotransmitters
~ Changes in the ECS are involved in several psychiatric disorders.
~ Serotonin
~ eCBs reduce serotonin release in the CNS via the activation of CB1 receptors
~ Early evidence for a role of eCB signaling in the regulation of the 5-HT system suggests a high level of functional overlap between the 5-HT and eCB systems. Both 5-HT and eCB systems regulate body temperature, feeding, sleep and arousal and emotional processes
~ Dopamine
~ CB1 receptors tightly regulate DA neuronal activity
~ CB1 receptors are expressed at presynaptic inputs to DA neurons and facilitate or suppress DAergic neuron activity depending on their location

Alzheimer’s and Neurodegenerative Disorders
~ Cannabinoid receptor agonists such as AEA have been shown to provide protection against neurotoxicity
~ Activation of CB1 and CB2 attenuates Aβ (beta amyloid)-induced neuroinflammation, neurodegeneration and spatial memory impairment

Pain and Inflammation
~ Activation of the CB2 and adenosine receptors leads to a decrease oxidative stress and inflammation
~ CBD is one of the main pharmacologically active phytocannabinoids
~ It is non-psychoactive, but has many beneficial pharmacological effects, including anti-inflammatory, antioxidant, anxiolytic, antidepressant, antipsychotic, and anticonvulsant properties

Anxiety
~ Chronic stress and steroid treatments are both known to impair endocannabinoid signaling at multiple levels,
~ Stress-related down-regulation of the CB1 receptor leads to greater changes in glutamatergic signaling and excitotoxicity within the PFC following chronic stress
~ It has been repeatedly shown that CBD and THC concurrently decrease anxiety and depression
~ Essential oils, terpenes can activate CB1 and CB2 receptors and are associated with cognitive and mood effects.

Summary
~ The endocannabinoid system interacts with most other bodily functions and neurotransmitters.
~ Problems in the ECS are associated with
~ Chronic pain and inflammation
~ GI disorders
~ Mood disorders
~ Neurodegenerative disorders
~ Metabolic disorders
~ Endocannabinoids are created partially from lipids, particularly Omega 3 and 6s
~ Reducing HPA-Axis activation and increasing serotonin and dopamine will all increase EC levels