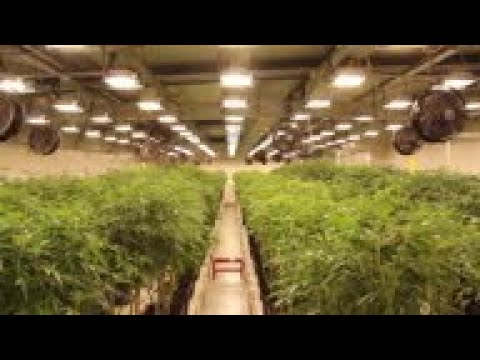 Medical
Share on Facebook
Share on Twitter
Share on Pinterest
Share on LinkedIn
(5 Feb 2019) In December 2013, Uruguay became the first country in the world to regulate the cannabis market from growing to purchase.
The move brought a wave of investment, creating a flourishing cannabis industry, and Uruguay now hopes to become a leading exporter of medicinal variants of the drug.
For Uruguayan citizens or legal residents over 18 years old, the law allows the recreational use, personal cultivation, and sale in pharmacies of marijuana through a government-run permit system.
Officials also legalised the use and export of medical marijuana to countries where it is legal.
Companies have yet to begin large-scale export operations, but many say that selling medical cannabis oil beyond the country’s local market is key to staying ahead of the tide.
They hope to transform Uruguay into a medical cannabis leader along with the Netherlands, Canada and Israel.
Uruguay is in a strong position with its production of non-psychoactive cannabidiols that are used in medical products.
Fotmer SA, which owns a cannabis plantation about 80 miles (130 kilometres) west of the Uruguayan capital of Montevideo is just one part of a flourishing and growing medical cannabis industry in Uruguay.
Fotmer currently employs 80 people and is investing 7 million US dollars in laboratories and 10 tons of crops that it hopes to ship to countries including Germany and Canada, which is struggling to overcome supply shortages in its cannabis market.
Fotmer’s 35,000 marijuana plants are sheltered in 18 large greenhouses measuring 12.5 metres by 100 metres (41 feet by 328 feet), in the small town of Neuva Helvecia, where workers change into special clothing, wash their hands with alcohol and wear gloves and surgical masks to avoid any contamination.
Helena Gonzalez, head of quality control, research and development for Fotmer, said the precautions are important in producing a quality product that can be used in medical research into the effects of cannabis products.
“We carry out quality standards in all the activities we carry out, all the activities we carry out are governed by procedures and we obtain quality seals that allow us to access international pharmaceutical markets,” she said.
The first crop of prized flowers will be harvested for their cannabis oil in March.
The oil containing THC and CBD will be extracted in its labs to eventually manufacture pills, creams, ointments, patches and other treatments for cases of epilepsy and chronic pain, among other ills.
Competition is arriving as well.
In December, Uruguayan President Tabare Vazquez inaugurated a $12 million laboratory owned by Canada’s International Cannabis Corporation, which aims to produce and export medicine from hemp, a variety of cannabis that contains CBDs but has no psychoactive effects.
Despite the momentum, experts say there is one key problem: Countries including Ecuador, Cuba, Panama, El Salvador and Guatemala continue to prohibit both the recreational and medicinal use of marijuana and exports of cannabis products are subject to a complex web of international regulations that is still being developed.
Diego Olivera, head of Uruguay’s National Drug Secretariat, said Uruguay’s comprehensive cannabis law, along with its strong rule of law and transparent institutions, gives it a head start.
“As in other areas of the economy, our country can be differentiated fundamentally by quality,” he said.